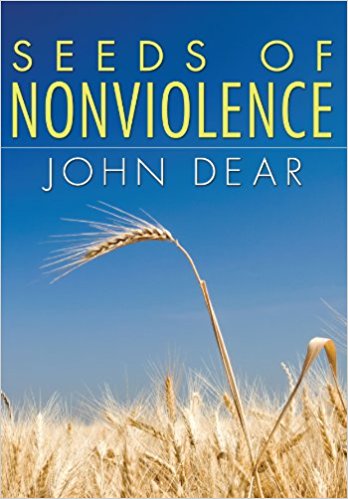 Originally published in 1992 by Fortkamp Publishing Co., the critically acclaimed Seeds of Nonviolence chronicles John Dear’s early experiments in Gospel nonviolence, from his service to the homeless in Washington, D.C.; various nonviolent civil disobedience actions against war and injustice; journals and diaries from Central America, the Philippines, death row, the Abbey of Gethsemani and elsewhere; essays on the theological and biblical roots of nonviolence; and a closing journal of peacemaking kept during the First Gulf War in 1991.

Writing in the tradition of Martin Luther King, Jr., Dorothy Day, and Mahatma Gandhi, John Dear shares his reflections and theology on the run, from the front lines of the struggle for justice and peace. Seeds of Nonviolence inspires us to undertake our own experiments in Gospel nonviolence and to reap a new harvest of peace and justice.

“The whole list of issues is John’s,” Bishop Thomas Gumbleton writes in his foreword “Anyone who reads this journal collection of experiences, shares in these reflections and joins in the prayers John Dear writes down from his own ever deeper union with God, will begin to value every person–especially the poorest–as a uniquely beautiful and sacred image of God.”

The Beatitudes of Peace